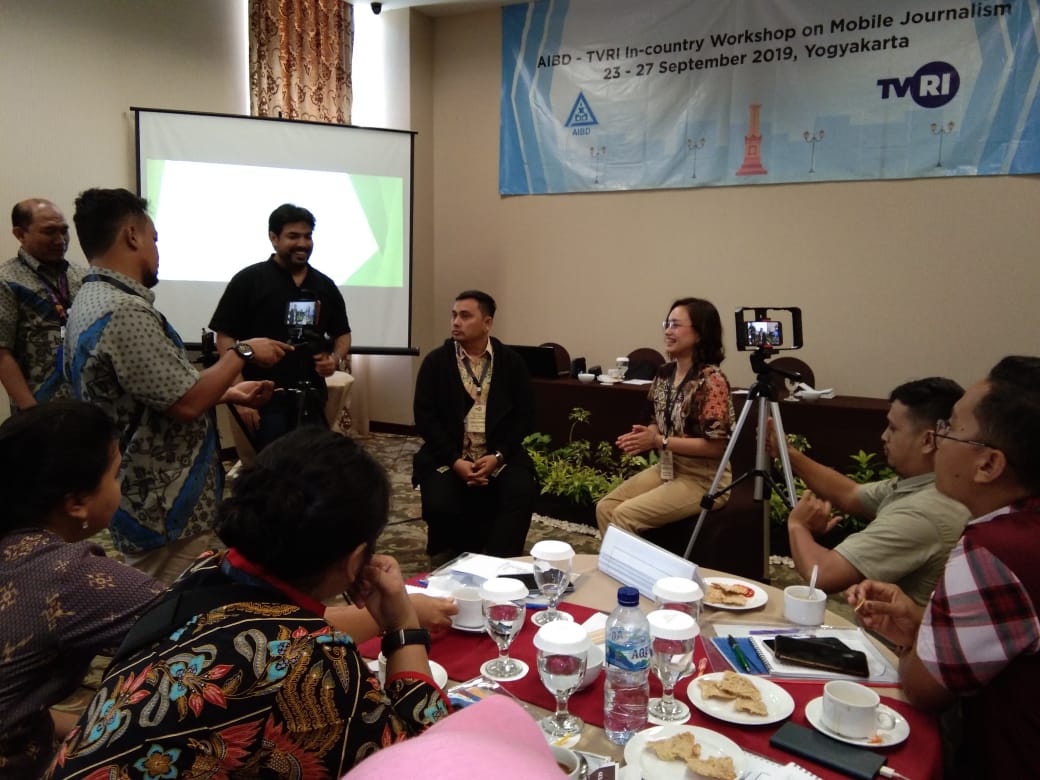 AIBD and Televisi Republik Indonesia (TVRI) organised an In-Country workshop on Mobile Journalism in the historical Royal city of Yogyakarta, Indonesia from 23 to 27 September 2019.  The workshop was designed for the broadcasters of Indonesia working in the programme, camera, news and social media departments.

The aim of this practical training was to enabled the participants to explore the potential of mobile journalism in Fourth Industrial Revolution which requires new perspectives to be adopted by the Broadcasting industry. The workshop discussed the importance of effective and efficient communication between the newsroom and the field reporters.

Participants of the workshop gained insight and practices during the training such as : producing interviews, documentaries and promos with smartphones, exploiting the smartphone specs with the manual controls, editing the footage, creating motion graphics, newsroom management for Mojo reporters, doing live streams from smartphones, working with the teams and distributing the reports on different platforms. The workshop also included extensive sessions on script writing and media management through smartphones. The workshop ended with a session on VR journalism and application of Artificial Intelligence as the future of Mojo as a way forward for a potential future workshop. 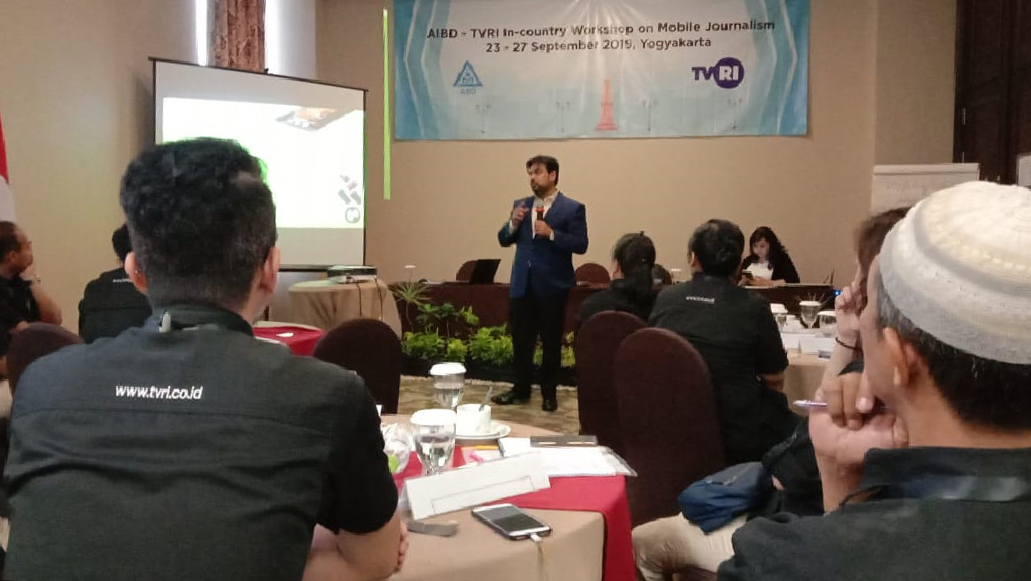 Participants, being senior broadcasters of TVRI, appreciated the training workshop and found it useful for both the future and their current work activities. Initially, some concerns were raised by the participants from camera department on the idea of ‘one man show’ and being less dependent on the traditional ways of production. In response, the consultant, Mr Nabeel Tirmazi discussed the global models of integration of Mojo workflow with the traditional setup, and emphasized that even cameramen should learn this workflow along with the storytelling techniques to uplift their profile and to contribute more impact fully for their organisation. 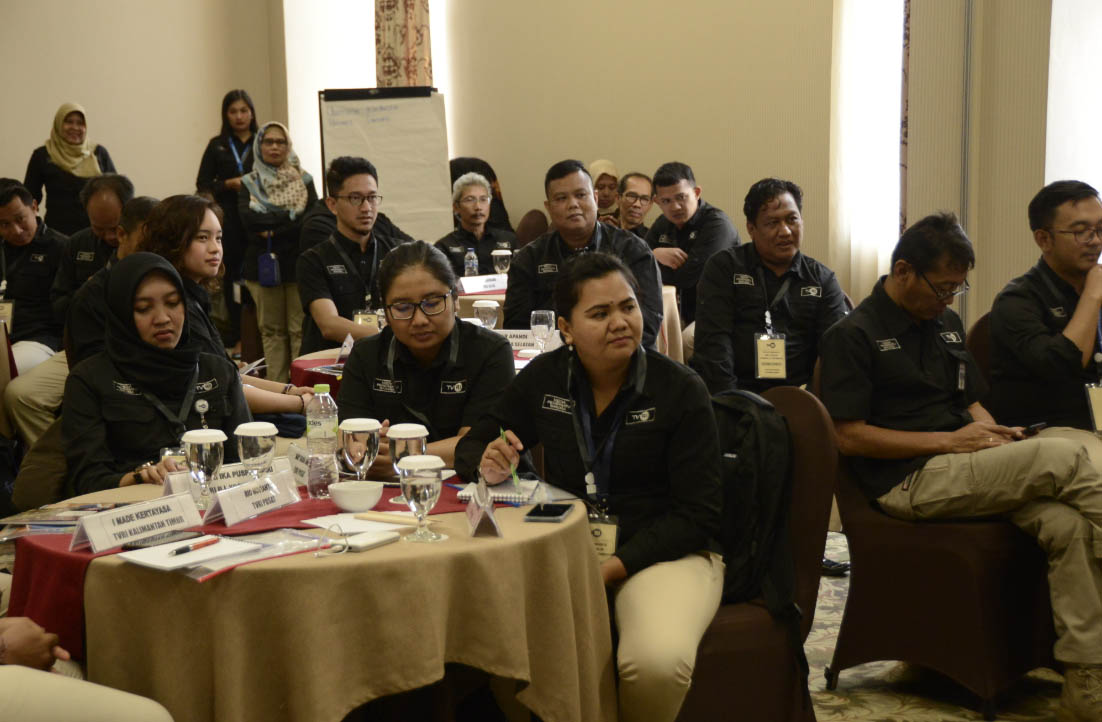 On the first day, Mr Apni Jayaputra, Director of News & Programme TVRI, delivered his presentation on his experience as a Mobile Journalist and showcased his work. He told that TVRI has the plan to integrate the Mojo workflow in its mainstream broadcasting, but to do that, the employees should know the potential of this skill, the authorities will leave no stone unturned to uplift their employees for this skill. He also added, that Mr Helmi Yahya, Director President, TVRI, has planned further to recognize the significant contributors of MoJo and in near future there might be a separate division on New Media. 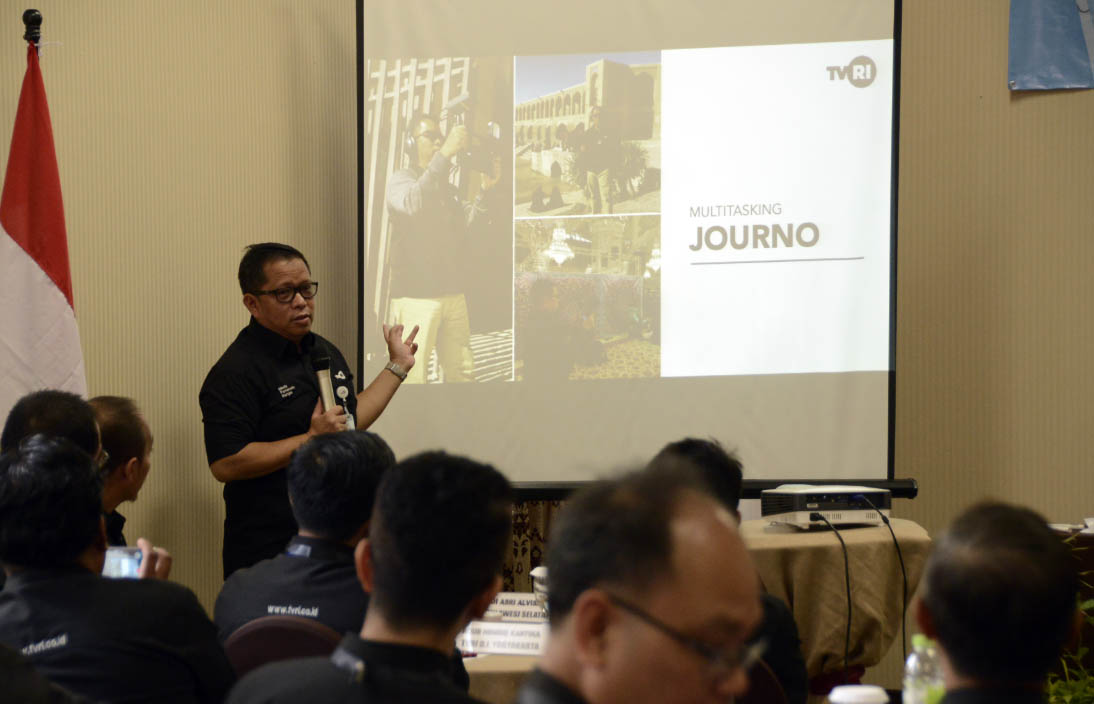 During the 5-day workshop, participants were given 3 assignments to showcase their newly gained skills. For this purpose, two sessions were allocated for the outdoor recording, one being a final report on historical Borobudur Temple, World’s largest Buddhist temple near Yogyakarta.

Participants showed active participation during the practical training and produced altogether fifteen short reports on various issues in Yogyakarta, which were shot, narrated and edited on smartphones only. The participants displayed high commitment to not only to apply the knowledge learned from this workshop but also to mentor their colleagues and subordinates to use the potential of ‘mojo’ to create impactful stories.

On the last day, Mr Isnan Rahmanto, Director Finance, TVRI was the chief guest, and he praised the quality of the reports produced by the participants of the workshop and encouraged them to teach these skills to their colleagues. He also mentioned that as President Director TVRI seeks to empower the employees of TVRI in the subject of Mobile Journalism, the organisation might organise more in-country workshops on the advance concepts of MoJo.

Lastly, Mr Rahmanto praised the role of AIBD in uplifting the Asian-Pacific broadcasting industry and showed support to the initiatives of Ms Philomena Gnanapragasam on coping with research on Fake news and to have an annual regional Ministerial meeting of Information Minsters of AIBD’s member countries. 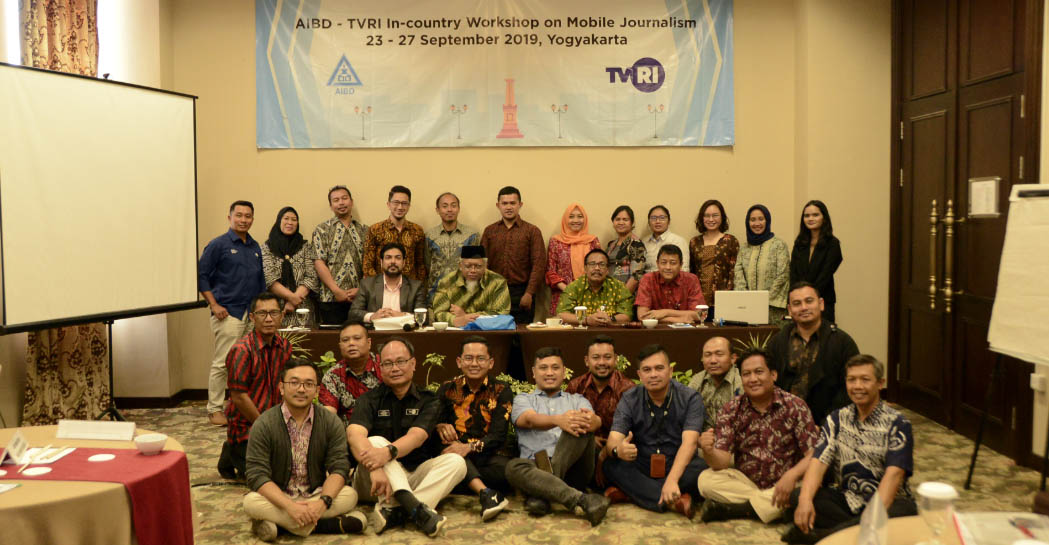