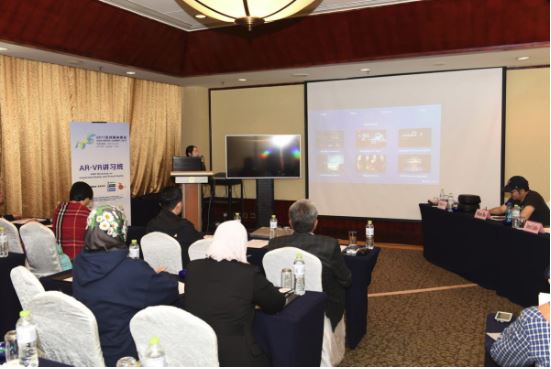 The use of virtual studio and virtual studio implantation technology is bringing a new visual experience for the TV audience, and providing new thinking and creative new tools for television producers.

They are applications of the virtual reality technology and are becoming a new trend in the broadcast industry in Asia Pacific, Mr Huang Lei, Product Manager, Jetsen Technology Co. Ltd, Beijing, said in his presentation at a pre-summit regional workshop on augmented reality on 4 June 2017 in Qingdao, China. The workshop is a partnership among AIBD, Jetsen Technology Co., Whaley, and Bang Productions.

Mr Huang highlighting the advantages of virtual studio technology and said it can easily replace the environment background and remove the repeated construction of a real scene. It can reduce costs and enhance quality of the programmes. He also said using virtual implantation technology in the virtual studio provides additional and brilliant effects to the programme, making them more impressive for audiences.

The second stage is augmented reality (AR), which is also achieved by using a head mounted display equipment like the google glass. This allows the user to receive information and data from a real world while they observe the real world,which can help him in his work. For instance, when a user wears an AR glass, and comes across a dinning room, the glass will instantly show him the famous dishes and their prices as well. Huang said this kind of technology in the broadcasting industry becomes the virtual studio that we all know. 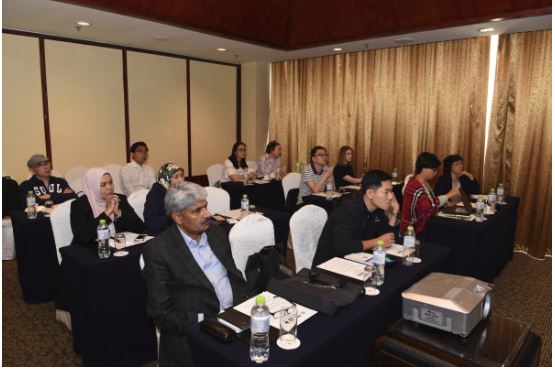 The third stage is the mixed reality (MR), which is the combination of VR and AR plus digital information. MR puts the virtual items into real world and allows the users to have interaction with those virtual items.

And the fourth stage is cinematic reality (CR), which he said is another form of mixed reality.

While admitting that most TV stations have their own virtual studio system, Huang said that they mostly stay in the production of 2D or 3D precept animations, a level that precludes any connection between the virtual contents and the hosts or even the interaction with the audiences.

But with the development of the motion capture system, he said ‘ this fills the void of interactivity in the virtual studio system and the interactivity of the programme has been further improved.”

By expanding production’s thinking in using motion capture system, broadcasters can have more income from the sponsors to better advertise their IP in the programme, without having annoying advertisement,and improve TV viewing experiences of viewers. 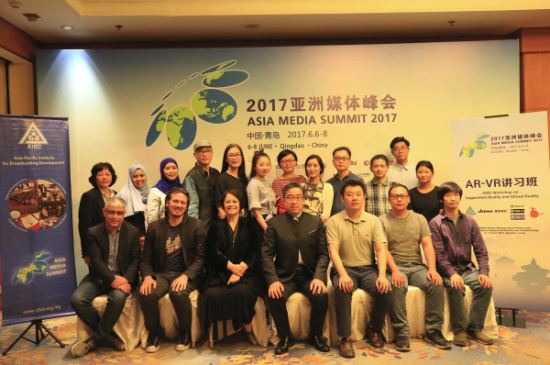 MrSonne presented some outstanding interactive productions from the IDFA, emphasizing that various formats are emerging, but there is no real box yet. “ We need undefined spaces for playing, and for exploring,” he said.

Acknowledging that VR technology is one of the big developments in the last five years, Sonnesaidwe need to be careful in jumping on board or dismissing it. He also said that new interactive storytelling initiatives should work on a long-term basis, beyond five years to be able to attract funding.

Given the complexity of technology trends across the globe, Sonne said players in the old and new media must have a dialogue to understand today’s reality in which the digital and physical entities have become blurred. To ensure success, he suggested that interactive storytelling should be timeless, moving and must have fun.

MrChanna talked about Discovery Channel’s audience shift, now targeting 18-40 year old viewers, or so-called millennials and older millennials. This new strategy, he said, is transforming the way they deliver content in various platforms, they structure their organisation and adapt their organisational culture to changes in the media landscape.

He said they are coming out with new programmes with international partners that are enhancing their audience’ viewing experience. Equally important, he said, is that they are able to monetise these new shows even at the conceptualisation stage leveraging on the brand that Discovery channel has established through the years.

To maximise the opportunities from new technologies, Sonne and Vikram advised that organisations must set up an innovation department and that every department should be innovative.